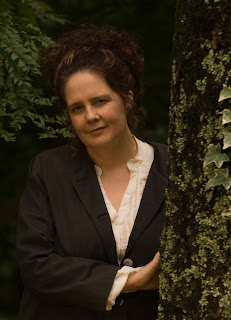 Hi Claire, thanks for taking the time to talk with us, let's start with an easy one. What are you reading at the moment?
Catch-22, which I've never read before. It took me a while to get into it because there are so many characters but now the humour is really beginning to work on me. I'm also reading Seven-tenths: The Sea and Its Thresholds by James Hamilton-Paterson for research and I've just finished Animal People by Charlotte Wood, which I loved. What a great portrait of Sydney and Sydney types.


Tell us about When We Have Wings.
The book is set in a very recognisable near future where the dream of being able to fly is now physical reality. Only the rich can afford the surgery, drugs, and gene manipulation to get their own wings, however. My main character Peri, a poor girl from the regions, will sacrifice anything to get her wings and join this elite but the price is higher than she could have imagined.

When Peri kidnaps the baby of her rich employers and flees, a private investigator is hired to track her down. He doesn't have wings but is facing the dilemma over whether to pay for his son to have the surgery, much as parents agonise over private schools now.

The book explores the exhilaration and terror of flight as well as the dilemmas around such a radical modification of the human.

When We Have Wings has been getting some serious praise; when you were writing it did you know it was something special?
I always believed it was. I always had faith in it. It seemed like an original idea and yet somehow a story that had always been there, like the sculpture waiting in the stone for the sculptor to release it.

Where did the inspiration for the book come from?
From many sources; a great deal of it from living near the Rocky Mountains and envying eagles and hawks soaring off cliffs. Also from flying dreams. It seems all of us know what it feels like to fly from our dreams and for many people these dreams are among the most important experiences of their lives.

The idea of enhancing the human body is a classic sci-fi concept, did you look to any of the classic authors and stories when writing your book?
I've read a fair bit of classic sci-fi and love the great films such as 2001: A Space Odyssey, Alien and Terminator but I wasn't consciously aware of any influences. I love great women speculative fiction writers such as Margaret Atwood, Marge Piercy and Ursula Le Guin. Atwood and Piercy write across many genres and styles and they are interested in the social consequences of the changes they describe.

I'm more inspired by the incredible advances happening in the real world - authors could get all the inspiration they need from reading New Scientist every week. I was affected by the social evolution of fertility technology and plastic surgery, the way these technologies were seen as shocking, controversial, then commonplace and in some cases almost expected.

What is it about the sci-fi/speculative fiction genre that attracts you?
I think it's the main way fiction can deal with reality now, with all that is looming. The world is changing faster than ever in our history; the rate of change itself is increasing exponentially. I notice that so many recent novels and short stories could have been written any time in the past fifty years or so - you can't say that about Cory Doctorow or Neal Stephenson. If we wait until the changes bearing down on us are here, it's already too late to think about them. I love that speculative fiction gives you ways to think about important ideas and issues in an imaginative, sometimes liberating, sometimes terrifying sense. It allows you to write beautifully about fascinating things.

Do you think genre classification is important and if so, where do you see When We Have Wings fitting?
No; classification allows people to dismiss categories of interesting work wholesale. The desire to do that is understandable but I'd like to see what would happen if fiction was just shelved alphabetically in a bookstore and you had to approach every book with an open mind. Kerryn Goldsworthy said in a terrific review of Stephen M Irwin's The Broken Ones that crime is where plot went when it was kicked out of literary fiction and that sci-fi is where the ideas went. You can have it all; ideas, story and literary craft. Allen & Unwin decided When We Have Wings is literary fiction and I wrote the book with that intention; that every sentence would be as crafted and beautiful as I could make it.

You've lived in and visited some very interesting and contrasting parts of the world; has this been something you've drawn on as a writer?
Yes. When We Have Wings is set in a City reminiscent of Sydney but it's become an even more Asian city in the book, with many Buddhist monks and people putting out colourful offerings of flowers on the street as they do in Bali. It's hot, humid, with almost monsoonal downpours. There are slums and I was interested in making the place a mix of cultural influences. The more I travel, the more I want to write out of this melange of cultural influences.

What was the path that led to you becoming a published author?
A long one! Endless rewrites, really. I sent my work off and my agent took me on. Then there was a lot more rewriting and my wonderful agent sold When We Have Wings to Allen & Unwin, who are just fabulous to work with.

What are you working on next?
I am now contracted for a second novel. This book is set under the sea. That's all I can say for now except that my passion for the sea is deeper even than my interest in flight. 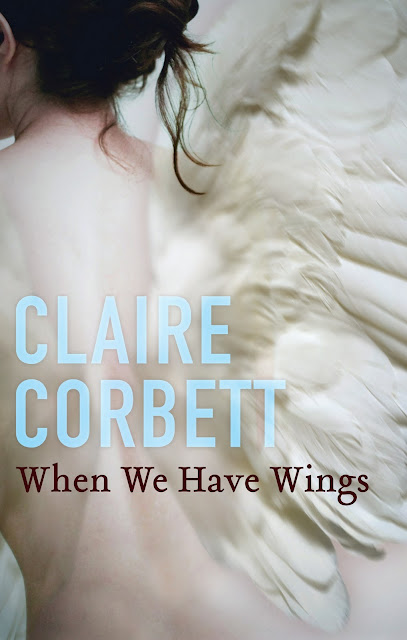 When We Have Wings is available here.
Claire Corbett is appearing at the Speculative Fiction Festival at the NSW Writers' Centre on Saturday 5 November. You can visit Claire at her website www.clairecorbett.com
Posted by Shearer's Books at 13:25